A Time To Vote 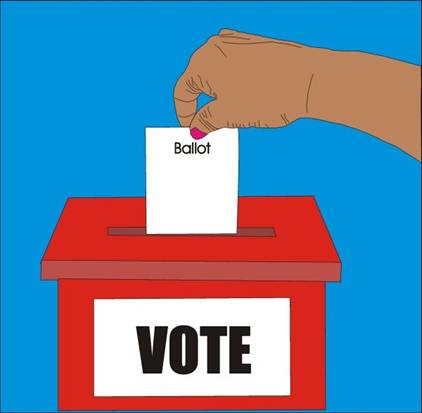 If there was ever a time to vote, that time is now.  Of course, each and every time the polls open is the time for everyone to vote, but it is especially important in 2022 and 2024.

If you have been paying attention at all, you should know that everything that America has stood for, or pretended to stand for, is under serious threat.  Many of us were under the impression that things would always be okay and would get better and better as time went on.  However, events since 2016 have shown us all how quickly things can turn bad and continuously slide downward.

Many fell hook, line and sinker for all manner of bullshit in 2016 and decided not to vote or to vote for an opposing party.   Some do not realize that there are people out there who know exactly how to get your attention by triggering your emotions (love, hatred, fear, etc.) so you won't focus on the real deal.  It is important to be informed on the real issues and facts so you will not fall prey to such deceivers.  Do your own reading and research instead of relying on what someone else is saying.  Do not allow emotions, hatred, and ignorance to lead you into following whatever bullshit flies your way.

Normally, I don't try to tell others which party to vote for, just to vote.  But considering the circumstances today, I am encouraging everyone to vote Democrat in 2022 and 2024.  I believe it will be in the best interest of all Americans to let those who want to turn America into an authoritarian country know that the majority of Americans reject such notions.  I truly do not understand how anyone with a sound mind could believe that turning our country into a place where the citizens have no say is a good thing.  And those who think they will have some power will only be allowed to do what the person at the top tells them to do.  Any disagreement or disobedience will result in severe punishment or death.  Who in their right mind wants to live under such rule?  Is that not a form of slavery?

I don't care what grievance you have with President Biden or the democrat party, you had better vote Democrat in these upcoming elections if you have an ounce of care about what happens to this country.  Bitching about what hasn't been done on protecting voting rights won't help the situation.  What you need to do is vote like never before so the democrats can have a bigger majority in the House and Senate, which will eliminate being held up by two democrats who refuse to go along with the President's agenda.

This is no time for complaints.  I hear so many say what the President should and should not be doing, or what the democrats as a would should or should not be doing.  Well, to those, I say, what should you be doing?  Instead of bitching, you should be trying to inform all Americans on the importance of voting to save our democracy.  Republicans need to vote these current imposters out of their party, even if means temporarily voting for democrats.  God help us all if these authoritarian-minded people get complete control of this country!